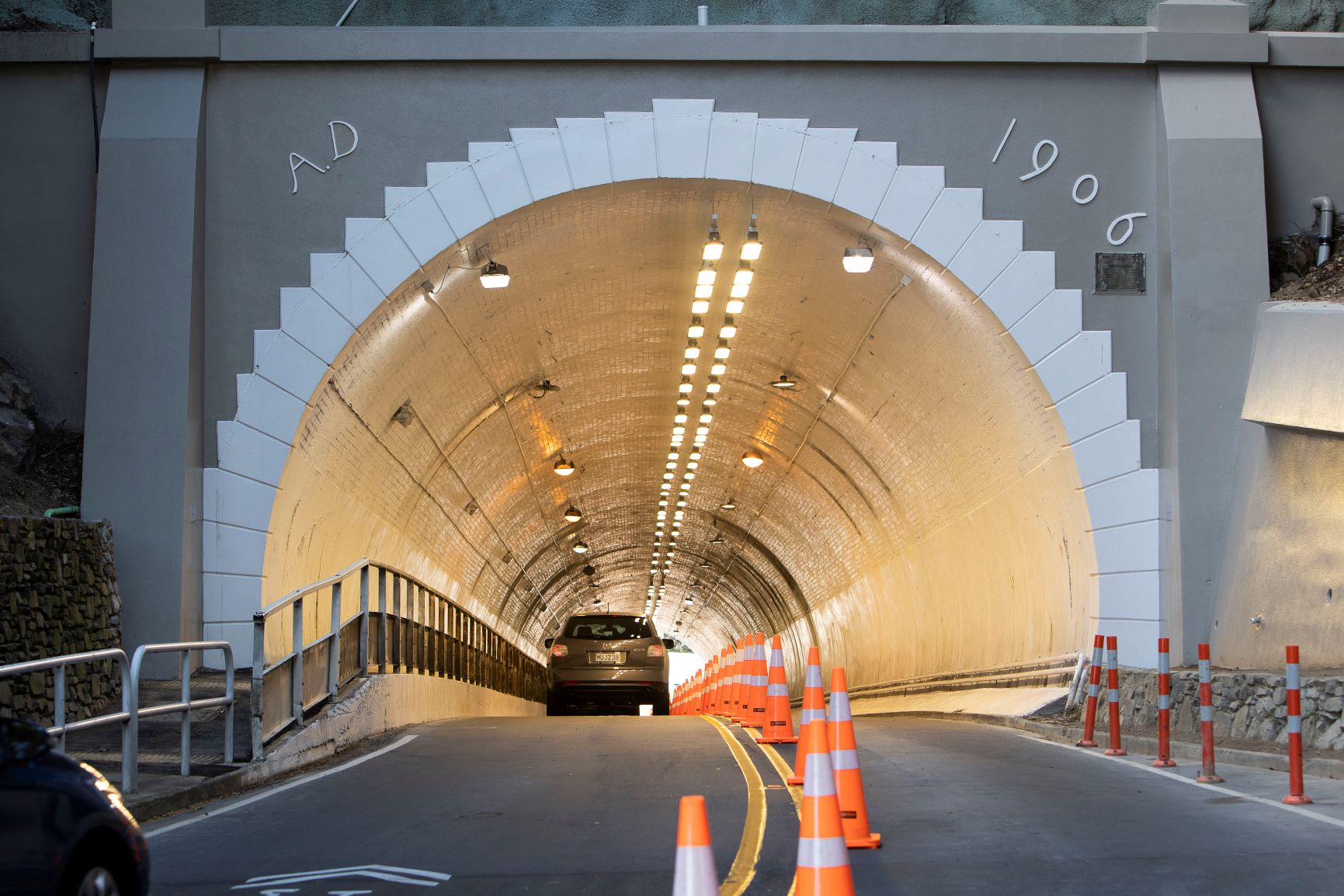 Seatoun is one of the most prestigious suburbs in Wellington and one of the keys to Seatoun’s popularity is the Seatoun Tunnel – a 144m long structure. The tunnel is the main access route for private and public transport between city and sea, including walkers and cyclists.

Having delivered outstanding service for more than 100 years, in 2011 the tunnel’s earthquake resistance was assessed as part of a Wellington City Council programme to ensure the resilience of its key transport routes. While not judging the tunnel as at high risk of damage or collapse, the engineers concluded that its portals required strengthening. The NZ$1.8 million project began in August 2019, with the council taking the opportunity to extend existing steel handrails along the tunnel’s internal footpath and replace the sodium lights with new, more efficient LED fixtures.

The project was another opportunity for BBR Contech (as head contractor) to apply its expertise as a specialist in tunnel-portal strengthening; in previous years it had also strengthened the nearby Mt Victoria and Hātaitai Bus Tunnels.

The Seatoun requirements were similar, and included:
• building new buttress overlay beams in front of the existing ones on both sides of the tunnel
• constructing ground beams behind the parapets of both portal walls
• installing 20 rock anchors (10 each side of the tunnel)
• repairing defective areas and painting both walls
• constructing a new ground beam in front of the retaining wall, to be held in place with four rock anchors.

While this may sound straightforward, the project had its challenges, including a requirement to maintain safe traffic passage at all times and, given the tunnel’s residential neighbours, minimise noise as much as possible – especially when working at night.

It also had its rewards, with completion ahead of schedule in May 2020, despite the inconvenience of a four-week pause in proceedings owing to Wellington’s ‘Alert Level 4’ status in the COVID-19 pandemic. The result is a structure built to the highest standards of safety and earthquake resilience, and a community asset that will enable residents to come and go for many years to come.