Posted at 23:43h in Case Studies, Grouting by BBR Contech 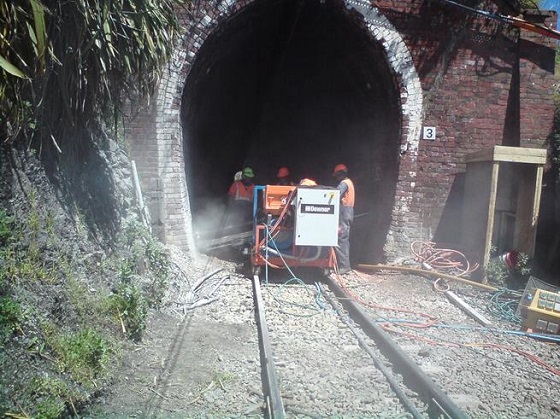 Constructed in the 1880s, North South junction is a 3.1km section of single track between Pukerua Bay and Paekakariki on the North Island Main Trunk Line.  This stretch of line has five tunnels that totals 920m.

Due to the narrow width of the tunnels and limited height clearance, this section of line was considered unreliable and inefficient.  Speed restrictions as low as 25kph had to be enforced in the tunnels to minimise the risk of derailment or accidents.

Approximately 500 cubic metres of contact grout was pumped behind the brick lining and 1,700 rock anchors installed.

Some of the challenges included short time frame for work to be completed, confined work environment, working on live lines with minimal disruption to rail services and dealing with difficult ground conditions on site.

The work had to be carried out in shifts with crews on site 24 hours a day, seven days a week.

Despite all the challenges, the project was delivered on time and within budget.