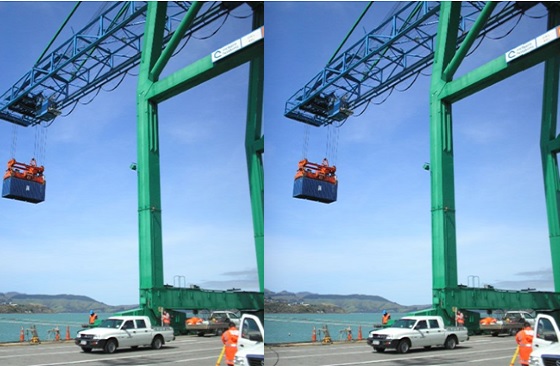 Lyttelton Port’s Cashin Quay 2/3 Transition was built in the 1960’s with steel encased concrete piles and as part of the planned deck replacement engineers were required to undertake proof testing of existing pile capacity to 3,000kN.

Working alongside LPC’s existing contractors BBR Contech provided two Proceq Vector 300 tonne jacks and a Proceq WIGA – ring 5,000kN load cell. One jack and the load cell was installed in the gap cut out between thetop of the pile and the deck beam with a second jack between the top of the deck and LPC’s 500T container crane to transfer the load. The two jacks were plumbed to operate in tandem.

Loads were applied in increments of 10-15% of design capacity and held at each stage for 15 minutes with measurement of pile settlement monitored before and after holding periods.

One landward and one seaward pile was tested with minimal pile settlement recorded in both cases. Testing was scheduled at times to suit port shipping operations and to fit tidal movements .