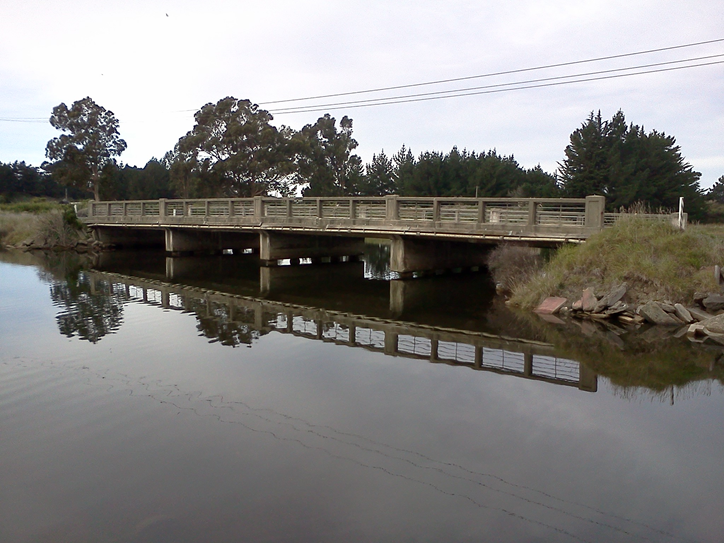 The Kaikorai Estuary Bridge (known as Bridge 44) is a vital link between Dunedin City and the coastal community of Brighton.  The Bridge forms part of an important commuter route for the residents of Brighton and surrounds.

The Bridge was identified some years previously as suffering from significant deterioration of the reinforced concrete structure (pier heads, longitudinal beams and deck soffit).

The Bridge had seen previous concrete repair cycles dating back to at least the 1980s and Dunedin City Council elected to install a Cathodic Protection System (CP) to address the high chloride levels and to protect the reinforcing steel.

BBR Contech were engaged to design and install a CP System for Bridge 44.  The design was undertaken in-house and peer reviewed by Savcor (ART) Pty of Australia.  Once the design was confirmed, a QA package was compiled including a comprehensive set of construction drawings for the project.

The CP System was installed well in advance of the required construction period and within the contract budget.

Strict operational requirements were observed during construction in regard to traffic control on the two-lane bridge, and to protect the estuary’s wetland eco-system.

During the contract period Dunedin City Council received a 100% pass (Grade 1—Compliant) from an Otago Regional Council audit of the site.  This was passed on with the comment “the Principal wishes to acknowledge your efforts in achieving this result and is very pleased with how well BBR Contech managed the site during the Contract.”

Also quoted in the Taieri Herald “Dunedin City Council roading project engineer Evan Matheson said he couldn’t be happier with the way it has worked out.  ‘This is the first time this has been done in Dunedin and it’s gone very well, certainly ticked all the boxes.  It has been cost effective and increased the life of the bridge’ he said.  Mr Matheson said the project was such a success it was likely to be used again on other bridges around the region.  ‘We are under budget and on time’ he said.”