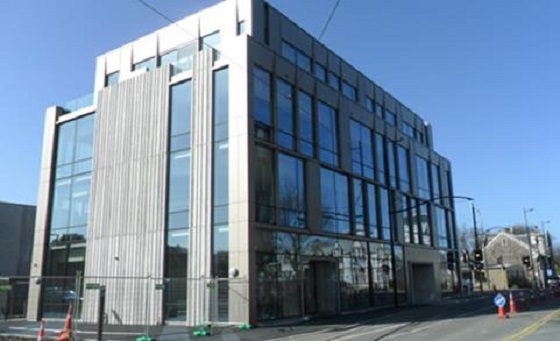 The building is an IL3 structure – 130% of the current earthquake code. It is a performance-based structure with a displacement based design able to maintain strength and stiffness beyond a 1/2500 event.

34 No. Macalloy 1030 diameter 50mm vertical unbonded tendons (with 2022 kN capacity each factory-wrapped in Denso Tape to resist corrosion) have been installed in 8 precast concrete panels coupled to starter bars cast into the foundation and tensioned at the top of each wall with 150/300-tonne jacks to specified loads.