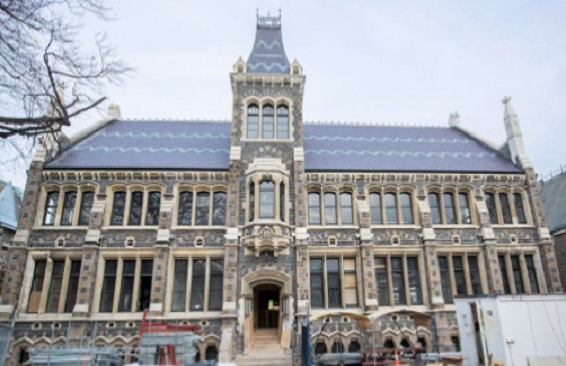 Located in Hereford Street, the building was originally designed by Collins and Harman and completed in 1910.  A programme of restoration work on the building commenced in September 2013 after the series of earthquakes in Christchurch since 2010 caused significant damage to the stonework.

The Chemistry building plays a key role in the history of the Arts Centre, with a number of noted chemistry scholars walking the halls when it was Canterbury College. It was also the largest university department by the 1930s.

As part of the strengthening programme BBR Contech were engaged to progressively de-stress the existing unbonded strand tendons and replace with Macalloy SC460 Stainless Cable System.

There are 28 № vertical cables with swaged studs each end. 16 № horizontal cables included swaged stud one end and compression stud end threaded for coupling on site. All cables are coupled to an M30 pull rod and tensioned to 126kN.

When the building is opened in Mid 2016 it will once again hold students with the University of Canterbury Music & Classics taking residents. It will also house the a public display of the most significant collections of Greek-Roman antiquities in the Southern Hemisphere—The Logie Collection.